London brogues are fashionable and widely used shoes by respectable individuals in the world today. The word brogue has its ancient root from the Gallic word "brog." At inception, they were crafted as turn-shoes with a latchet and stiff low heel sole, which made them more waterproof when worn in a waterlogged environment. In the 16th century, brogue became a recognized English word. The shoe style enjoyed full acceptance among the Scottish and Irish mercenaries that were involved in the fight for the European armies in the 17th century.

By the 18th century, the turn shoes was designed by stitching them inside out and then turning right side with the sole and heel added last. This method for crafting the brogues shoes prevented them from getting worn out easily. As the popularity of brogues kept on increasing, the need for a stitching machine became evident. The machine was invented in the United States and was used in stitching the upper part of the shoe perfectly. This made it easier to produce more brogues shoes for the customers yawning for its use as dress-up wear.

In the 19th century, the brogues became popular among Scottish and Irish farmers. At this period, the farmers used the shoes for utility purposes like shooting, fishing and hunting. The shoe had perforated holes at the front. The perforated holes helped the farmers to drain bog water from their feet as they worked and walked in a wet area. Also, brogues acceptance increased across the Atlantic and among the English men because of their fashionable outlook.

In the early 1920s, brogues were discovered to be useful for sporting activities and were worn by sportswomen. Apart from been used for sports, brogues were used by women for outdoor activities because of their exquisite beauty. However, the highest point of acceptance of brogue was reached in the United Kingdom when the prince of Wales wore it to the golf course. He wore a grey long suit and brogue shoe that was crafted with a light suede at the front. His outfit attracted massive attention from the spectators at the golf course with his brogues shoes well noticed.


By the late 1920s, brogues grew from being a practical shoe in the United Kingdom to become accepted by citizens of the united states. At this period, the United States was still in the euphoria of the jazz age, which extended to New Orleans and later to the European countries. The influence of jazz music on fashion also extended to the transformation of brogues from been practical wear to elegant and fashionable wear across Europe and the United States.

In the 21st century, brogues were fully integrated into the fashion world and became men's choice for every occasion and in all seasons. The trainer-like sole and fabric upper design make them a perfect fit for men on full suits, wedding suits and jeans. The shoe styles can also be combined with casual and traditional wear. Brogues present its customers the opportunity to choose from their various brands that come with different styles, designs and colours. Today, brogues are widely embraced and patronized by fashion freaks, wholesalers and retailers from different countries of the world. 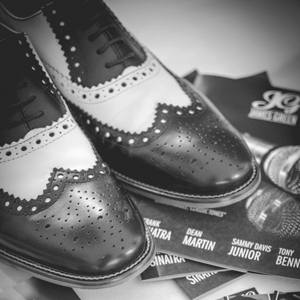