Crocs are legendary for being comfortable, strong and long living which fits in with the attributes of its animal logo: the crocodile, A.K.A Duke

These wild, wacky and wonderful clogs were born in 2002 by three innovators: Scott Seamans, Lyndon Hanson, and George Boedbecker Jr. Boedbecker brought them all together as he knew Hanson in high school and they both attended the University of Colorado. Furthermore, Seamans knew Boedbecker through their shared love of sailing. So unsurprisingly, whilst all three were sailing in the Caribbean they came across a new boating clog made by the Canadian Company: Foam Creations. They were using a new material called Croslite. They discussed improvements and on returning home they quickly acquired the rights to foam creations manufacturing process. It wasn't until 2004 Crocs completely secured exclusive rights to the Croslite technology.

The three were a compatible trio, with Seamans tweaking the design, Boedbecker became CEO and lined up investors whilst Hanson oversaw the operations. Through this process they made a really, really, really comfortable shoe. The first Crocs style they launched was named 'the Beach'. Whilst the outrageous clog may have been created on a sailing trip, it wasn't just boaters who wanted the bold, comfy brand on their feet. Soon millions of people were buying them!

It didn't take long for a women's style to be introduced in 2003 named the 'Nile'. Then in October 2006, they also purchased Jibbitz, a manufacturer of popular accessories that snap into the holes of Crocs shoes. Afterwards Crocs continued to acquire various other companies in the footwear and fashion industry to increase its brand and product range. These included a women's wedge range and some very funky trainers. Just because they are a relatively young brand does not mean they have neglected social responsibility. No, in fact the total opposite. In the past years Crocs have donated one pair of Crocs shoes every minute. This is through the programme called 'Crocs Cares', in which three million shoes have been donated to countries such as Kenya, Afghanistan, Cost Rica, Fiji and many less economically developed countries.

Crocs are also very environmentally aware, having recently changed their packaging to save nearly 640,000 lbs of landfill waste. That is more than 900,000 crocs saved in waste. Furthermore, it only takes 1.6kwh of energy to make one pair of croc shoes.

So, the phenomenal Crocs seem unstoppable as just before their tenth anniversary they had sold more than 200 million pairs in more than 90 countries, reaching sales revenues of $1 billion. Consequently, it seems the love and hate relationship of Crocs is here to stay as they continue expanding and developing their range of clogs, sandals, shoes and boots. 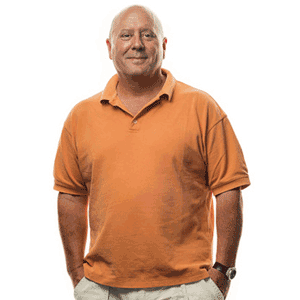 "One of the three founders of Crocs
Scott Seamans"