In 2011 to celebrate their 25th anniversary, Etnies teamed up with the La Reserva Forest Foundation in Costa Rica and the Buy a Shoe, Plant a Tree campaign was launched. Dedicated to planting a rainforest in Costa Rica, the Jameson 2 was launched, for every pair purchased Etnies planted a tree in Costa Rica. By the end of 2011 Etnies had planted 35,000 trees on the Maleku Reserve in northern Costa Rica.


In 2012 Etnies extended this campaign and started working with Tree’s for the Future, their aim was to plant 100,000 trees within the Atlantic Rainforest’s state of Sao Paulo in Brazil. The Buy a Shoe, Plant a Tree project was used to educate students and indigenous groups of Brazil on how to restore their lands with tree cover that was once destroyed by being burned or cut down. By the end of 2012, Etnies had exceeded their goal and planted a total of 134,000 trees, what a result!


Etnies continued to work in Brazil through 2013 and expanded their range of BASPAT shoes to include new styles and colours for men, women and kids. This was also the year Etnies were recognised by the Surf Retailers Federation’s Australian Surf Industry Awards where they received the 2013 Environment Award for their reforestation initiative. Total trees planted, 485,042.

In 2014 with their continued work, Etnies had now planted 1 Million trees and by the end of 2015, this number had reached a staggering 1,200,000. Etnies are committed to giving back to the community and their Buy a Shoe, Plant a Tree campaign continues, their aim is to have planted two million trees across three continents by 2020. 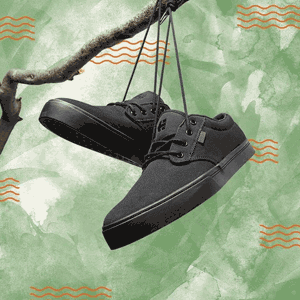 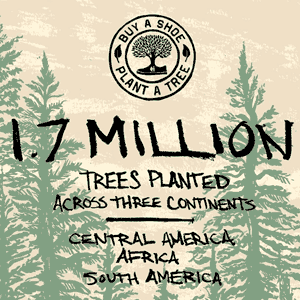