Evercreatures is a hip and fashionable British wellington brand specialising in offering quirky and colorful designs to its customers. Using high quality and natural rubber, every pair is handmade and vegan friendly. Evercreatures gets its name from the Somerset town of Evercreech.

It all started in 2004 in the heart of Cambridge, when a french born welly enthusiast called Gilles Mangin had noticed wellingtons were quite boring, and lacked any personality. He set out to create a welly brand focusing primarily on quality and exciting print designs. Distributed from Lincolnshire, Evercreatures launched its first range in 2005, the classic tall. This was headlined with its classic flagship rainbow design and very quickly became a very popular welly.

Following this, Evercreatures continued to launch different ranges catering to different customers needs. In 2007 it launched the 'Shorties' collection, featuring a unique wider calf suitable for shorter women. Evercreatures was originally a ladies only brand, but this changed in 2009 when they launched there mens range. Continuing on, in 2011 a stylish meadows design was produced and featured on all its products including a new Chelsea boot. In 2012, the kids range was launched mimicking the adult designs to create a whole family theme and included a draw-string bag. A luxury range was launched in 2013 with premium styles such as the New York and Triumph. They became the first welly brand to launch a wedding exclusive range helping brides and grooms survive the British wet weather on there special day.

In 2016, Evercreatures obtained the clothing brand 'Rainmac' and expanded its range across different apparel to compliment its funky welly products. Since 2017, they have expanded to encompass over 13 countries including Australia, Korea, France, Italy, Germany and Chile. 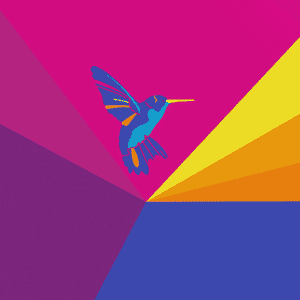