Fly London is a young company with its beginnings in the UK in 1994. Unfortunately Fly London had a rocky start until the company Kyaia from Portugal came across them. Kyaia partners Fortunato Frederico and Amilca Monyeiro found an abandoned stand at a trade show in Düsseldorf, the stand had a large Fly picture and the name Fly London. On further investigation they discovered that the partners of Fly London had separated and were looking to sell the brand on….the rest as they say is history...

Kyaia (Fortunato O Frederico & Ca Lda) loved the ideology of Fly London, to make comfortable yet quirky footwear and stretch the current boundaries of the footwear market by using traditional construction techniques in unexpected ways and relished the challenge of bringing this funky new brand to the worldwide market. The first year after Kyaia purchased the brand Fly London the brand sold only 1800 pairs, it didn’t take long for this to grow, and in 2013 over 800,000 pairs were produced in Kyaia’s Portugese factory.

Fly London now has 7 own brand stores located in the UK, Portugal, Denmark and Ireland with a New York store also due to open. As well as their own brand stores Fly London is sold in over 2000 multi brand retail outlets like mastershoe and have not only their footwear but their bags and accessories featured on many catwalks around the world. 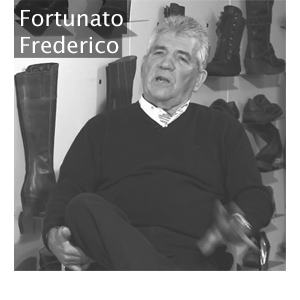