Geox came into being 25 years ago when founder Mario Moretti Polegato was walking home one day under a particularly hot Nevada sun, his feet were uncomfortable, hot and sweaty.

One for ingenuity he decided to use his swiss army knife and cut small slits into the soles of his shoes which immediately gave him relief and most importantly for millions across the world. An idea.

Upon returning to his home country of Italy he immediately began took to the workshop of a small footwear company owned by his family, Polegato developed his new technology, a rubber sole that has a unique membrane capable of allowing the passage of water vapour, but not the passage of water. He immediately patented this new technology and took his invention to major shoes manufacturers, who were initially uninterested in using his new technology, as a result he decided to produce the shoes independently and created the company Geox (Geo referring to earth and ‘x’ representing the science and innovation the company would be build upon).

Initially only being a side project, Polegato hired five people from his local village of Biadene di Montebelluna all of which were strangers to him, young and largely inexperienced, this was only the start though, as just 17 years later Geox would employ 30,000 people across the world while operating 1,300 stores globally, and the same five people who were hired first still work for the company.

Creating the first breathing shoe which he then manufactured independently, the patent was extended upon to include men’s, women’s and kids footwear.

As Geox was founded on innovation the company has decided to maintain a deep ethos of being at the forefront of footwear and clothing technology. It does this primarily by investing 2% of their annual revenues into innovation, always seeking to improve upon what they have and bring the best products possible to the customers. 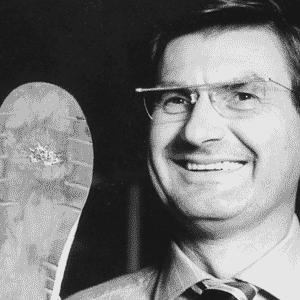