The History of Helly

Helly Hansen is a technical performance clothing, footwear and accessories brand based in Norway. With a rich heritage and strong back-story, this Norwegian company has sailed and climbed its way to become one of the most renowned manufacturers of insulated and lightweight work professional-grade apparel.

It all began in 1877 when an avid sailor called Helly Juell Hansen discovered there was no appropriate clothing for sea life that provided the protection and warmth needed. Having lived at sea since the age of 14, Helly hit his eureka moment at 35 where he and his wife began experimenting with materials and techniques to provide clothing that could withstand the unpredictable elements at sea. He discovered a technique where soaking coarse linen in linseed oil resulted in a high water resistance. He saw this discovery as an opportunity to transform the apparel market for workers at sea. This was the beginning of Helly Hansen.

Sea Captain Helly and his partner worked from his basement and began mass producing innovative work wear for working at sea. He soon became well known for his triumph and after only 1 year received his first award in Paris, at the World Exhibition.

This catapulted Helly into full speed as his company began to really establish its target and roots. In no time at all, Helly Hansen expanded its operations across the country and produced a much larger product range. Helly experienced fantastic growth and saw its products meet its target market and also become embraced by certain crowds as a fashionable lifestyle brand. The intended benefits for sea captains was being enjoyed by everyday people. Fast forward 42 years and Helly Hansen adopted a new fabric called Linox. This further helped Helly improve on its products and a single coat utilizing this new fabric sold more than 30,000 units in 1 month. Later on down the line, Helly also embraced a product called Fibrepile which further insulates and is far lighter than the materials that were being used. Following this revelation Helly began using another material called LIFA which kept skin dry and warm and became the 3rd technical material that created Hellys 3-layer system.

With its 3 specialized materials in its arsenal, this paved the way for Helly to enter the footwear market with its experience in producing high quality and practical goods, with unmatched water resistance and insulation.

Helly Juel Hansen passed away in 1914 and left the business to his son Helly Hansen. His son continued to expand the operation and improve upon his legacy. By 2017 Helly Hansen had a revenue of over £240 million and continues to be a market leading brand. 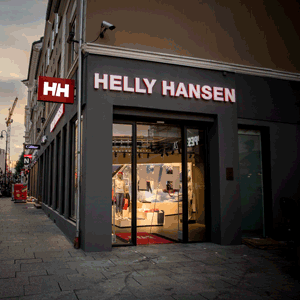