Hey Dude were first introduced in the summer of 2008, by two Italian footwear experts Alessandro and Dario.

By February of 2009, the first Hey Dude shoe had reached the market, after only a year the company was successful enough to open a Branch in the USA, opened up by new member to the team, Daniele.

Shortly after this in June of 2010, Dude was being stocked across the whole world, by expanding markets across Europe and into eastern Asia and south America.

By October 2011 - just over 30 months since the company was founded – Hey Dude shoes had sold 1 million pairs, showing the explosive popularity of the lightweight, comfortable, stylish and affordable shoes.

Hey Dude are a company that is dedicated to giving people awesome shoes and a new adventure, with that desire comes a need to innovate, in 2017 Hey dude had manufactured their first water shoe named the Mistral, a shoe that had an especially designed insole that can get wet and maintain grip while any water quickly flows away.

In addition to producing a number of new Eco Friendly designs such as the Eco Knit. Based upon the popular Wally style, the Eco Knit range uses recycled fibres to make an innovative breathable shoe.

In 2018 Wendy, the women’s version of the ever-popular Wally shoe had been produced and in August 2018 5 million pairs of Hey Dude shoes had been purchased. 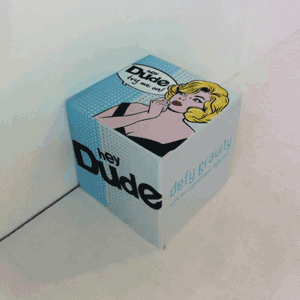