A JOURNEY OF TRUE VALUES AND QUALITY

Joules story starts in 1977 and was first established under the name Joule & Sons. Selling traditional clothing and accessories at country shows, there was nothing particularly special about Joule and Sons products. However, in 1989 the company’s owner Ian Joule passed the company onto his enthusiastic and innovative son, Tom Joule. This is where the journey really starts and what proceeds to happen is far more than Tom could ever expect. He was about to take a quiet and small clothing brand and transform it into a massive business with a devoted following.

Tom had identified that many of the equestrian and country show goers were a bubbly bunch, but lacked any stylistic expression in regards to their attire. The products found at these shows all seemed to stick to the same mellow with plain designs and colours. Tom wanted to change this and try creating stylish, yet practical styles unlike any other product. Tom proceeded to produce 100 pairs of bright pink wellies, which to his delight sold almost instantly. This proved his idea would work, and Tom and his team continued expanding with new ideas and inspiration.

Joule and Sons had gone from creating basic and typical products, to innovative and visionary styles with quirky features. Tom would intentionally mismatch a single button or use a funky printed lining to create an unlikeness against any other product. Customers fast became intrigued and excited to see Toms products and loved the feeling of being able to express themselves without sacrificing quality or practicality.

Joule and Sons officially rebranded in 1994 to the familiar Joules name and by 1997 had become a growing and established stall at the many events and shows. Everything was going well until 2001 when an epidemic of foot and mouth hit the United Kingdom. This caused all planned shows and events to be cancelled leaving Joules with a huge amount of stock and nowhere to sell it!

The Joules team assembled and went about the UK visiting clothing shops to persuade them to purchase, and sell his items. The response was overwhelmingly positive and what looked to be a disastrous year turned into a surprisingly great success.

2002 saw Tom back at the shows where he began building a list of customers to provide a direct mail order service. He opened the first mail order store in Market Harborough, and launched the Joules website soon after in 2003.

The business has continued to grow and grow and Joules is becoming one of the most popular welly brands in the UK. To date, Joules has over 120 stores in the UK and continues to grow. Branching out to other areas such as toiletries and garden products, Joules is a brand that will continue to surprise and inspire its customers with its fun and stylish tradition. 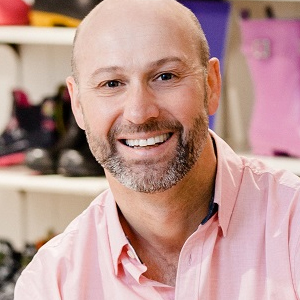