K-Swiss are based in Westlake Village, California and was set up by two brothers from Switzerland. Art and Ernie Brunner who emigrated to the states in 1966 to realise their dream of starting a footwear company.

It all began as an import business with a Swiss brand called Kunzli but by 1972 they had started to produce tennis footwear of their own, inspired by leather ski boots that offered greater sideways support.

Since then, K-Swiss have gone on to become a major part of the American Footwear industry and they’ve won numerous awards for their shoes and sportswear. This success was supported by the company’s sales figures, which continued to rocket year after year. In 2005 K-Swiss sold $500 million of footwear worldwide and in 2006 they had over $100 of sales in Europe alone.

This was in no small part down to the work of Steve Nichols who in 1986 headed a group of investors that purchased the K-Swiss brand for $20 million, he became the company’s CEO and was the driving force for the footwear giant from the late eighties and well into the 90’s. The 90’s saw considerable work to transform the K-Swiss brand and with award winning Creative Designer Mindy Gale and her New York based agency team developing and running major campaigns in both print and on TV to maximise the brands publicity K-Swiss was revitalised once again.

Today K-Swiss are continuing to adapt, in 2014 they refreshed the brand identity with a new logo in tribute to their ever growing heritage. The American tennis brand now wants to inspire the next generation with a blend of both performance court shoes and stylish fashion shoes, ready for everything from the country club to everyday fashion wear.

This led K-Swiss to their latest and most ambitious marketing initiative to date under the leadership of international DJ, music producer, songwriter and entrepreneur Diplo. K-Swiss have launched a search for 100 of the most creative and connected people around the world to work as part of ‘The Board'. Jobs for the board will include new trainer designs, developing the brands positioning and social media output. What's more, what ‘The Board’ decides, K-Swiss will do. This exciting venture hopes to further push the boundaries of Social media and it's without doubt one of the most exciting online corporate collaborations ever undertaken. 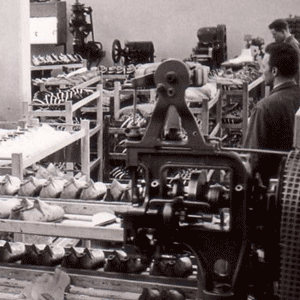