The Start Of An Adventure

The pair joined forces with Randy J Merrell who was a maker of custom boots and set about designing and developing a fantastic new boot.

In 1983 the first Merrell boot hit the footwear market and was proclaimed “the most comfortable and functional boots in North America” by Backpacker Magazine. 1983 also saw the womens last introduced so that womens feet, which are significantly different to mens in bone structure and stride could also benefit from Merrells comfortable, performance boots. And so Merrell began a steep climb into the hiking footwear market.

Karhu had featured prominently in the 1920 Antwerp Olympic Games and many Olympic Games that followed. Their range varied from sports, cross country and ski jumping equipment to snow camouflage tents and suits for the military. Interestingly Karhu’s original trademark was 3 stripes which they sold to Adidas in 1951 for the sum of 1600 euros and 2 bottles of whiskey . When Merrell was sold to Karhu John Schweizter moved with Merrell to become CEO of Merrell and Karhis Ski Divisions where he stayed until Merrell was sold to Wolverine in 1997. During it’s time with Karhu Merrells production factories were moved from Italy to Asia which reduced costs to make Merrell even more affordable, in 1988 Merrell topped $4 million in sales. This growth continued into the 90’s with Merrell going international and establishing divisions in Canada, the UK, Scandinavia and the United States.

In 1995 Vibrams lightweight, durable sole was introduced to Merrells footwear adding even more durability and flexible wear to the range.

The sale of Merrell to Wolverine Worldwide in 1997 pushed Merrell even further in the footwear market with Clark Matis heading up a team to create a new style – the classic Jungle Moc. Using Merrells aggressive trail running outsoles they combined it with a slip on upper using a pigskin suede which is a material that had been developed and perfected by Wolverines brand Hush Puppies. The Jungle Moc was and still is a huge success as a casual shoe and sold its 10 millionth pair in 2009.

Merrell continues to grow both its ranges and sales with apparel being added to the catalogue in 2006, and new technologies such as M-Select Dry Waterproof, M-Select Wind and M-Select Warm Insulation. Merrell continue to produce great footwear and apparel with everything from snow boots and trainers, to waterproof jackets and backpacks. 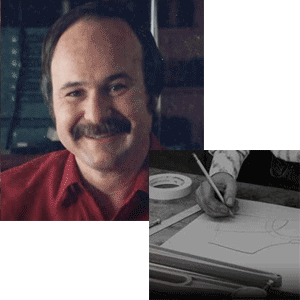