Romika is a German multi-season footwear brand offering a diverse range of shoes, boots and sandals in-line with current fashion trend. Since its conception in the early 1920's, Romika has grown to encompass the whole world with 75% of its production in Europe, and 25% in Asia.

Founded on Thursday 29th December 1921 by 3 entrepreneurs, the brand name Romika was derived from the first 2 letters of each of the businessmans surnames. Mr Rollman, Mr Michael and Mr Kaufmann. The company began to manufacture footwear soles, boots and hot water bottles with a focus on high quality.

By 1936, Romika's trademark was reassigned to Mr Hellmuth Lemm. Hellmuth constituted the new Romika GmbH (Gesellschaft mit beschrankter haftung - company with limited liability) and increased production at its factories. During the 1950-1960 recession, Romika became a key component in Germanys recovery, and adopted the slogan "Made In Germany" to help promote the quality and convey a national legacy.

By the end of 1960, Romika began selling in Spain and France and employed over 2500 staff. 1970 saw the production of sporting shoes, and throughout the 1980s Romika grew and became a highly reputable footwear company.


In 1988, My Lemm sadly died and the company was acquired by the famous comfort brand Josef Siebel in 2005 and revitalised the brand with fresh styles and technology. Carl-August Siebel founded his very first shoe business in 1886 producing footwear from his home. He moved this operation to a dedicated factory in 1907, which continues to produce footwear even today. Josef Siebel has progressed through 4 generations of Seibels. Starting with Carl-August Seibel, Josef Seibel, Josef Clemens Seibel and currently the company is operated by the 4th generation of Carl-August Seibel (called the same name).

Josef Siebel incorporated its comfort and technologies into Romika and has continued to promote and expand Romika through the years. Today Romika is a worldwide footwear brand that has become renowned for its high quality and casual fashion designs. 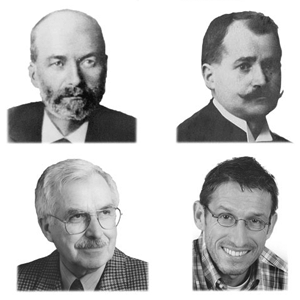