The History of Toms

TOMS was founded as a business in 2006 by Blake Mycoskie, an entrepreneur from Arlington, Texas. Blake believed in doing things differently and in challenging the status quo, but most importantly he wanted to make things better.

The name TOMS derived from the term the "shoe for Tomorrow Project" and the first designs were based on the classic Argentinian Alpargata designs, also known as espadrilles. Blake started out by having a run of just 500 pairs made, within 6 months this had grown to 10,000. Blake used some of the profits from these sales to help with a range of community projects around the World and this is an ethos he has stuck to throughout Toms growth, since those early days he has helped with providing shoes, sight, water and safer birth services to the people that need it most.

As a company TOMS have given away 35 million pairs of shoes all over the globe. They work with over one hundred giving partners in over 70 countries and as well as the distinctive shoe range they have now expanded and have a line of fashionable glasses, a range of bags and most recently they've ventured into the Barista trade working with coffee from around the world.

The idea behind these steps has always been on the basis of creating a sustainable business model that makes a difference. In exchange for selling glassware they are giving away free eyecare, including tests, glasses and surgery where it is needed most. They have also started programmes to provide clean drinking water in exchange for their coffee beans and they’re avid fans of supporting our natural environments around the world.

Moving forward from the one for one programme, TOMS have identified 5 ways in which they are helping people and communities to move forward around the world.

They do this by placing their factories local to the regions that they aim to support, establishing both the manufacturing and sourcing in the countries they are working with. The impact of this is then felt by the environment with the reduction in transportation in addition to providing a better way of life in the long term for the people who work there, providing them with a source of income.

A social enterprise is a sustainable business that’s created for a social purpose aiding whole communities as opposed to individuals. While TOMS were one of only a handful of companies working in this way, the success of the work they have done has now seen other like-minded entrepreneurs following their lead. TOMS work hard investing both time and money to inspire and support new social projects around the world.

TOMS have worked hard since their conception in 2006 to integrate key partners into the charitable work they do, to ensure everything they provide goes directly to those who need it most. This work has helped protect over 2 million children from hookworm through the use of shoes and essential medication. In Guatemala, their footwear distribution has even caused a 42% rise in maternal healthcare received by locals and their move towards eyecare has already helped restore sight for over 300,000 and they have provided cataract surgery for over 100,000 individuals.

Having invested millions into the work they do, TOMS also invest heavily into the research behind it. This allows them to make educated decisions to ensure the choices they make have the maximum impact possible on the different communities they are trying to support. Some non-profit organisations they already work with include the Charlize Theron Africa Outreach Project which aims to educate people to try and prevent the spread of HIV and AIDS. Charity:Water is a clean water initiative, Movember which raises awareness for mens health and Ben Affleck’s Eastern Congo Initiative which is focused on the areas Regional development.

TOMS starts every one for one campaign by identifying a relevant need. These causes can range from energy, food security, housing, health, education, water, financial access, environmental causes, gender equality and the well-being and empowerment of communities. TOMS now have their very own task force for this very reason; to research and identify the greatest areas for intervention around the world. They do this by studying UN Statistics and Sustainable Development Goals in addition to working with other international development experts. 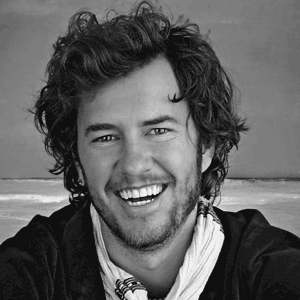 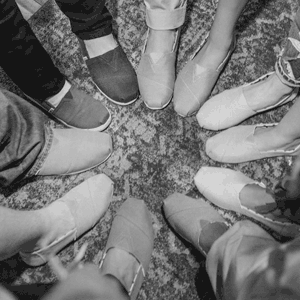