The History of Aigle

In 1853 Hiram Hutchinson created the brand ‘’A L’Aigle’’ which references the American Eagle. From the 1920’s to the 1960’s Hiram began to design a range of premium canvas and rubber footwear for use with sports and leisure. 1972 saw the launch of the first water sports rubber boots featuring 2 white-stripes that, to compliment and promote the Munich Olympic games.

In 1989 Aigle launched its range of wellington boots, country clothing and footwear lines. They opened their first store in St Germain-Des-Pres. Over the next few years they continued to open more retail stores to sell their boots, shoes and clothes, they now have stores in over 70 countries and produce 900,000 of rubber wellington boots each year, all of which are handmade in France.

In 2016 Aigle celebrated 20 years of the original Parcours Anti-Fatigue wellington boot. The Parcours 2 is a classic boot and the first boot designed by Aigle with the Anti-Fatigue technology which allows the wearer to walk further and feel less tired. Aigle now produces a vast range of welly boots that have been made to the highest standards with attention to detail and they are still, to this day, Handmade in France. 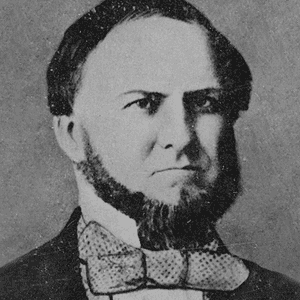 "The founder of Aigle
Hiram Hutchinson"