Berghaus was first established in 1966 by Peter Lockey and Gordon Davison who were climbers and mountaineers, in the beginning Berghaus was an importer and distributer of outdoor products. Based in Sunderland, Tyne & Wear, North East of England, in 1972 they began to design and manufacture their own products to be sold in their own retail store LD Mountain Centre located in Newcastle-upon-Tyne. Berghaus was the brand name used which is German and translates as 'mountain house'.Berghaus specialises in creating technologically advanced footwear, equipment and clothing for men, women and children.

In 1970 Berghaus released their first backpack range, the Berg 172 and Berg 272 models which had external frames and basic single storage compartments. This was followed by the Cyclops rucksack which was released in 1972 and was one of the first rucksacks built with an internal frame. 1977 saw Berghaus become one of Europe’s first users of Gore-Tex fabric, a new breathable and waterproof membrane which again advanced them in the outdoor gear market.

In the 1980's the Gemini jacket was introduced and this allowed a walking jacket to have a zip in fleece which provided added warmth while walking or mountaineering. Sir Chris Bonington began to wear the Berghaus name in the early 1980s, it was also this year that the UKs most successful mountaineer Alan Hinkes began to work with Berghaus. In 1986 they released the Extrem range which included the Trango jacket and the following year, the Attak sole unit was released and Berghaus were awarded the Queen's Award for Export, followed in 1988 with the Northern Business award for Exporter of the Year. A successful decade for this outdoor brand.

1993 was the year of major development for Berghaus when the Pentland Group PLC acquired the brand, Pentland is the home of many major brands including Kickers, Speedo, Ellesse and Lacoste. The early 1990's was also the time Berghaus began to develop and focus on Footwear, they launched an outdoor range of boots and shoes designed with the great outdoors in mind. This was followed in 1999 with a new packable and lightweight outerwear collection which included waterproof and windproof designs.

In the 2000's Berghaus introduced its new MtnHaus design and development team to the world and they sponsored athletes such as Leo Houlding and Mick Fowler to produce kit for specific athletic challenges.

In 2015 Berghaus acquired the Brasher boot range, the boots remain largely unchanged with the exception of the leather being changed to a pittards leather and a Vibram sole being added, this great range of walking boots has now been re-released with Berghaus branding.

Berghaus continues to innovate and dominate in the outdoor market and is a brand that is widely used by athletes, adventurers and casual walkers. 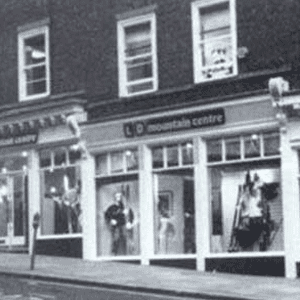 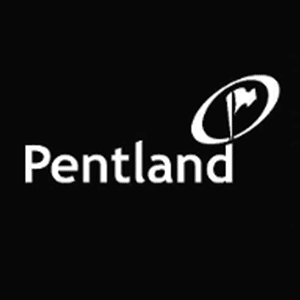