The History of Kickers Footwear

Kickers are a global fashion brand synonymous with generations of music and fashion lovers ever since their inception in 1970. The brand was created by the French fashion designer Daniel Raufast who specifically wanted to design footwear to be worn with jeans. From the early days the unique style of the boots was an instant hit within the music industry and global stars. David Bowie, Roger Daltrey from the Who and Rod Stewart have all featured in their advertising campaigns and cemented the footwear as a part of Rock and Roll history.

It is also unconfirmed but the original style of Daniels Raufasts first Kickers boots was inspired by the poster for the musical “Hair” and the Parisian students laid back approach to life. This empowered the French visionary to create something for the peace and love generation and their material of choice, ‘denim’. Made with nubuck and produced with tough crepe soles of natural rubber, eyelets, contrast stitching and appliques they paid subtle homage to the generation of the peace and love vagabonds favourite material. It was this attention to detail that saw the brand become such an instant success as their production grew from 300 to 12,000 per month within a single season and by 1974 the brand was being distributed in over 70 countries Worldwide.

Kickers then launched their legendary Kick Hi style in 1975 which went on to be their most popular design. This coincided with their UK retail launch on King’s Road, London. It was not until the eighties however that their popularity really grew on this side of the channel. Eventually it got to the stage that in some cases kids would actually wait up until 10pm for stock to arrive prior to stores selling out within hours. The public also grew to love them for the leather fleur shaped tag which people saw as proof of the shoe’s authenticity.

In the late 80’s and early nineties the Kickers brand really gained popularity, as the Manchester music scene began to grow. Firstly with Acid House which was followed by the rave and indie rock movements creating the infamous Madchester. The Stone Roses could be seen wearing the iconic Kick Hi in their video for Fools Gold and raver's would be seen swamping the fields in their red Kickers. They adorned school kids up and down the country in the UK. A trend that is ever present today, their popularity was further fuelled as Noel Gallagher and Jarvis Cocker introduced the style to the Britpop generation.

The timeless footwear giants have since celebrated their 40th Birthday in 2009 with the first generation of Lego Kickers. They have survived countless changes within popular culture and adapted with the times to ensure their boots retain their ability to reinvent themselves. Since the 90’s they have enjoyed success within RnB and Urban artists, another fresh wave of rock bands, infiltrated Glastonbury with Mike Skinner of The Streets and two years ago they fully reinvented their online presence ready for the next generation. 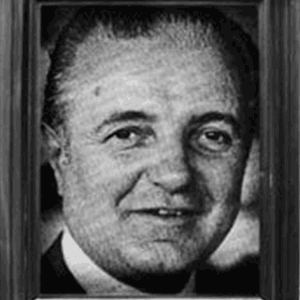 "The founder of Kickers
Daniel Raufast"