Founded in the late 1960’s, when protests were rife, anything was possible and the power of the people changed the world. Vagabond took inspiration for their name from the ideology of the free-spirited adventurer, living life without limitations and believing in the impossible. Vagabond, a Scandinavian footwear company design and produce both men and women’s fashion footwear.

Despite initially starting as a men’s footwear company a lot’s changed since the brands early days. When they first set up, their designers were initially based in Portugal and Italy, home to some of the world’s leading footwear designers. It was only in 1993 that the adventures of Vagabond choose to return home to see the business flourish in Varberg, Sweden. Vagabond set up a one of a kind workshop in Northern Europe and this helped them grow into the company they have become today showing no signs of slowing down. Vagabond has a strong appreciation for the people in their organisation and it is down to the creativity and ingenuity of the team behind them that they have grown in to the footwear giants they are. Cate Vagabond Range

Today, Vagabond are the largest footwear manufacturers in Scandinavia, they produce big, bold and unique collections for every season and it is only due to the scope of their operations that they have the ability to produce the range of footwear that they make. This allows them to make it to a level where you pay for quality of the footwear as opposed to the brand.

New prototypes for shoes and accessories are carefully designed and hand-crafted in their Swedish workshops daily and they are now retailing in over two thousands stores Worldwide. Vagabond currently retail in as many as 25 countries and they sell approximately 2.5 million products a year they also have their very own branded stores in Stockholm, Moscow, Warsaw and Berlin. 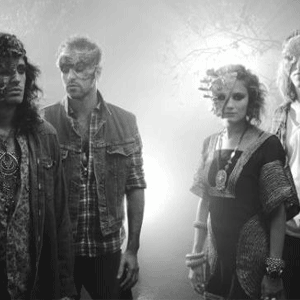