The Timberland Company are a world-renowned manufacturer of apparel and footwear, with humble beginnings in the South Boston area of Massachusetts, where they began life as the Abington Shoe Company.

Having introduced the innovative injection-moulding technology to the manufacturing of footwear in the 1960s, Abington Shoe Company revolutionised the industry by creating the first high-quality, mass-produced waterproof boots.

Thanks to the success of its most popular line - the Timberland boot - the company was renamed in the 1970s, before reaching international recognition in the 1980s. As Timberland continued to expand, the company became a brand icon, being worn by rappers like DMX and Mobb Deep.

Now, Timberland is a billion dollar company, manufacturing and selling its products around the world.

In 1928 a Russian-American shoemaker called Nathan Swartz began his apprenticeship as a stitcher in Boston, Massachusetts. Swartz was a fourth-generation cobbler, whose family had migrated to the US just before the First World War.

Just a few years later, in 1933, the Abington Shoe Company was founded a few miles away in South Boston.

Having been drawn to this local business by their high-quality products, in 1952 Swartz acquired a 50% stake in Abington, and by 1955, the Odessa-born businessman had bought the remaining interest in the company, bringing in his sons Herman and Sidney alongside him.

Abington Shoe Company had been growing at a steady rate until the 1960s, when Swartz developed a new approach to creating footwear.

Swartz had been seeking a viable alternative to hand stitching boots, in order to lessen the cost and speed up the process, without compromising on quality. This search led him to injection-moulding, which utilised a new binding process to chemically mould and attach the base of footwear to the uppers.

This revolutionary process not only sped up manufacturing, but also made Abington’s boots far more waterproof than anything else on the market. This technological innovation led to the creation of the Timberland boot in 1973, a fully waterproof leather boot, which pushed the company to new heights.

The newly named Timberland Company increased its product line to include casual shoes, eventually expanding internationally. Thanks to the Paninari youth movement in Milan, Timberland boots took off in Italy, becoming a highly fashionable lifestyle brand.

After Herman Swartz retired in 1986, Timberland was purchased by his brother, Sidney, who took the company public in 1987. Adding clothing and accessories to their product line, Timberland developed into a world-renowned brand, surpassing the $1 billion mark by the year 2000.

In 2011, Sidney’s son Jeffrey - the grandson of Nathan Swartz - finally sold Timberland to VF Corporation, with three generations of the Swartz family having taken a small Boston shoe company and turned them into an international fashion brand, loved and renowned around the world. 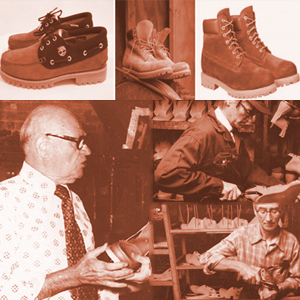 "At Timberland, we strive to be Earthkeepers in everything we do. We work hard to make our products responsibly, to protect the outdoors, and to serve the communities around the globe where we live, work and explore. We never stop making things better." 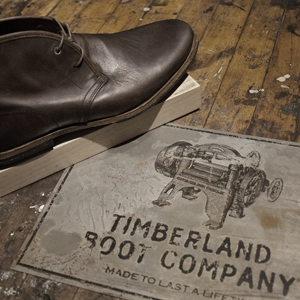